How to overclock a Raspberry Pi 4 Model B Rev 1.1 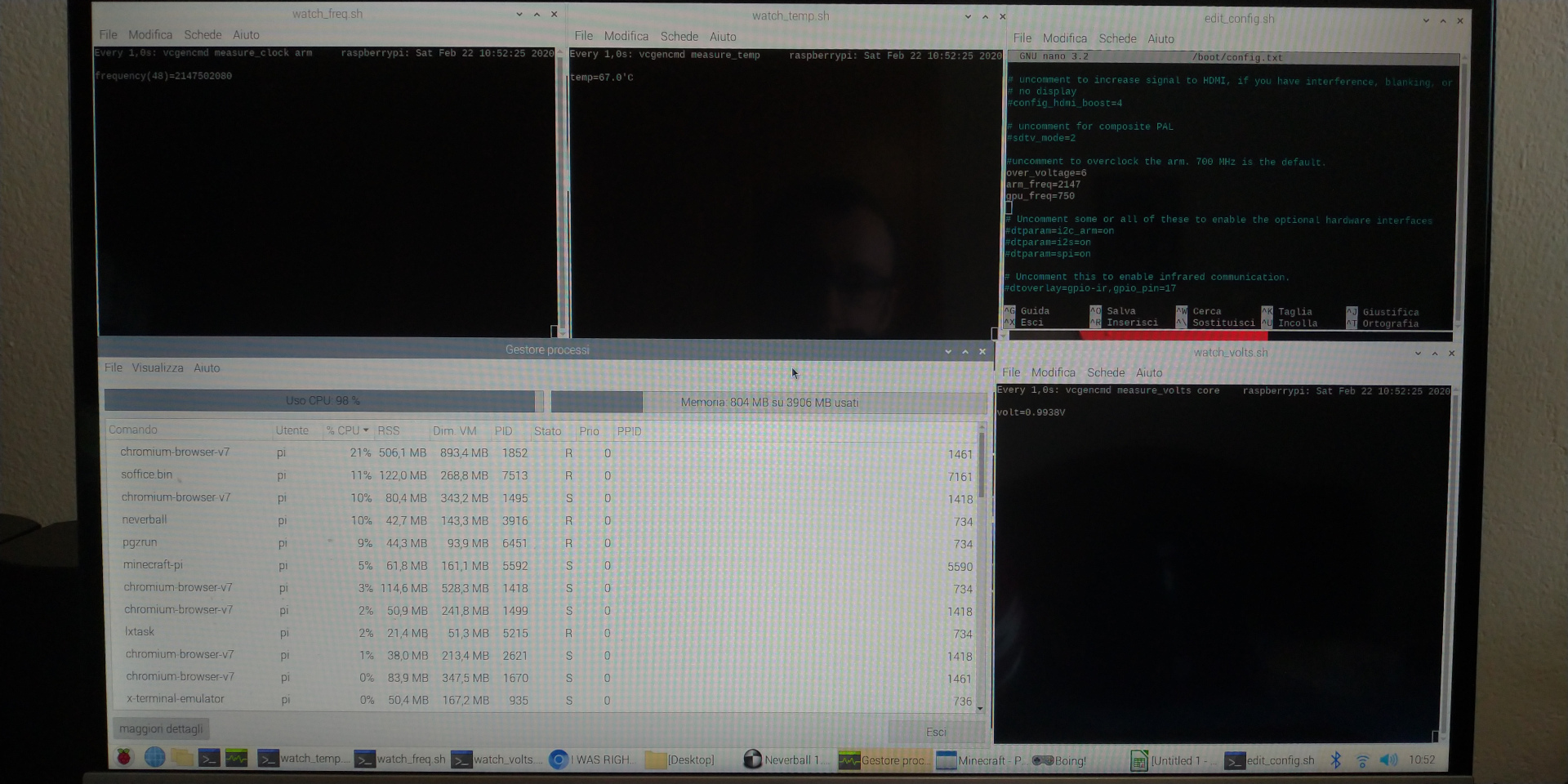 With active cooling (you must have a case with fan and heatsinks on the CPU, RAM), and a small change in the Raspbian Buster configuration, you can run the CPU at 2,147 GHz and the GPU at 750 MHz. In this way it will be possible to run smoothly 1080p videos on Youtube or the Kodi application within this operating system.

First you need to make sure you have the latest version of the operating system, open the terminal and run the following commands:

Next you have to keep an eye on the various computer parameters: CPU, GPU temperature; operating frequency, voltage. To do this, just use the following commands:

You need to search for “#arm_freq” and replace it with:

Initially I set “arm_freq=1750” with “over_voltage=2”, then I pushed it to the max with “over_voltage=6”, “arm_freq=2147” and “gpu_freq=750”, but after a while it gave some problems, so I lowered the frequency a bit. The important thing is to keep the CPU and GPU temperatures below 80 degrees celsius. It can also work at temperatures of 85 or 90 degrees, but it is better not to get there. In my tests the maximum temperature was 68 degrees, but then I lowered the overclock, so now it reaches a maximum of 59 degrees. Remember to restart the Raspberry Pi to have the overclock applied. If you have problems starting the operating system, you can hold down SHIFT at startup to disable the overclocking temporarily, otherwise insert the MicroSD card inside another computer, to modify the configuration file.

I'm a computer scientist passionated about a lot of things belonging to the IT world.